How Much Do You Know About the Laminated Tubes?

JunSam is specialized in the manufacture and exportation of the laminated tubes in various sizes, and the tubes are usually used for toothpaste and other semi-liquid products. 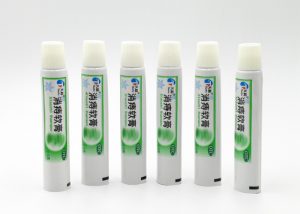 Two mammoth container ships have collided in the Pakistani port of Karachi in the afternoon on 19th, March– the accident was caused due to the collision of a container vessel name Hamburg Bay with the vessel Tolten own by Hapag-Lloyd,  sending huge shipping containers tumbling [...]

How Is Hair Dye Categorized?

Hair dye is a cosmetics dyeing hair, categorized into temporary, semi-permanent and permanent hair color, which is normally semi-liquid and contained in soft tube, such as plastic tube and aluminum tube and other soft cosmetic tube. Hair dye cosmetics have the effect of changing the color [...]

According to the statistics from the Ministry of Health of China, more than 180 factories were authorized to produce nearly 200 brands hair colorant products in 1998. At present, there are two consumer groups of hair dyeing products in China. One is the middle [...]

The Registration, Evaluation, Authorization and Restriction of Chemicals (REACH) is an example of strict regulations applicable to products manufactured and sold in Europe. In the United States, EPA has limited the use of C.I. 61 blue pigments due to their toxicity characteristics.  China also has [...]

The COSME Tech show in Japan is one of best cosmetic show in Asia with expanding visitors and exhibitors.  What’s more, the show is target platform for those high-end customers, who require high-quality products and service. Junsam packaging products Co., Ltd. attended the show held [...]

With the continuous improvement of people’s living standards, and the importance of the appearance of the image is getting higher and higher. In the past decade, the global cosmetics market has shown a tough and steady growth, with no stagnation or negative growth in the [...]

The In-cosmetic Global is the leading event about personal care ingredients. A lot of cosmetic manufacturers and producers are gathering there during 17~19th, April.  For more information, please link to http://www.in-cosmetics.com/about-the-show/